Partial invoices and interim invoices – differences and correct use explained 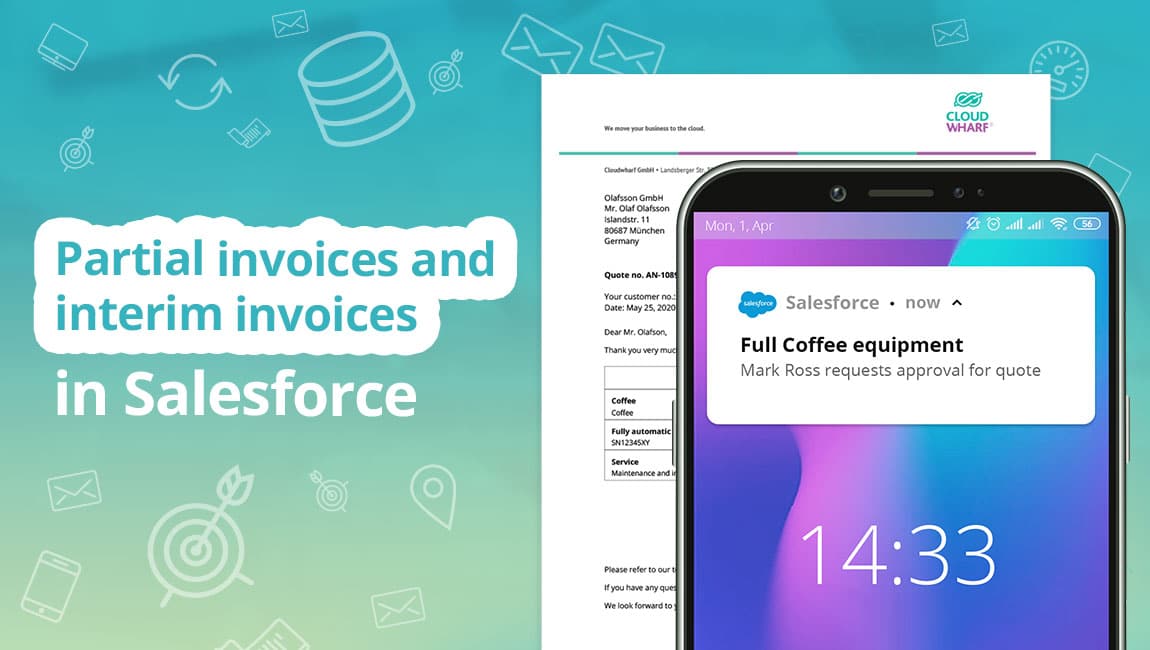 Various industries, such as plant engineering and construction, software and service providers, or the construction industry usually provide agreed services over a longer period of time or in some installments. Therefore, the client is often issued partial invoices and interim invoices before the final invoice follows to cover the final costs.

In this blog post, we’ll explain to you what exactly an interim invoices, partial invoice and final invoice is, what the (tax-) differences are and how you can create the different invoice types in Salesforce.

In our Youtube video in german we explain partial invoices step by step using practical examples from our customers. We show you in simple steps how to use the new features in our interface. 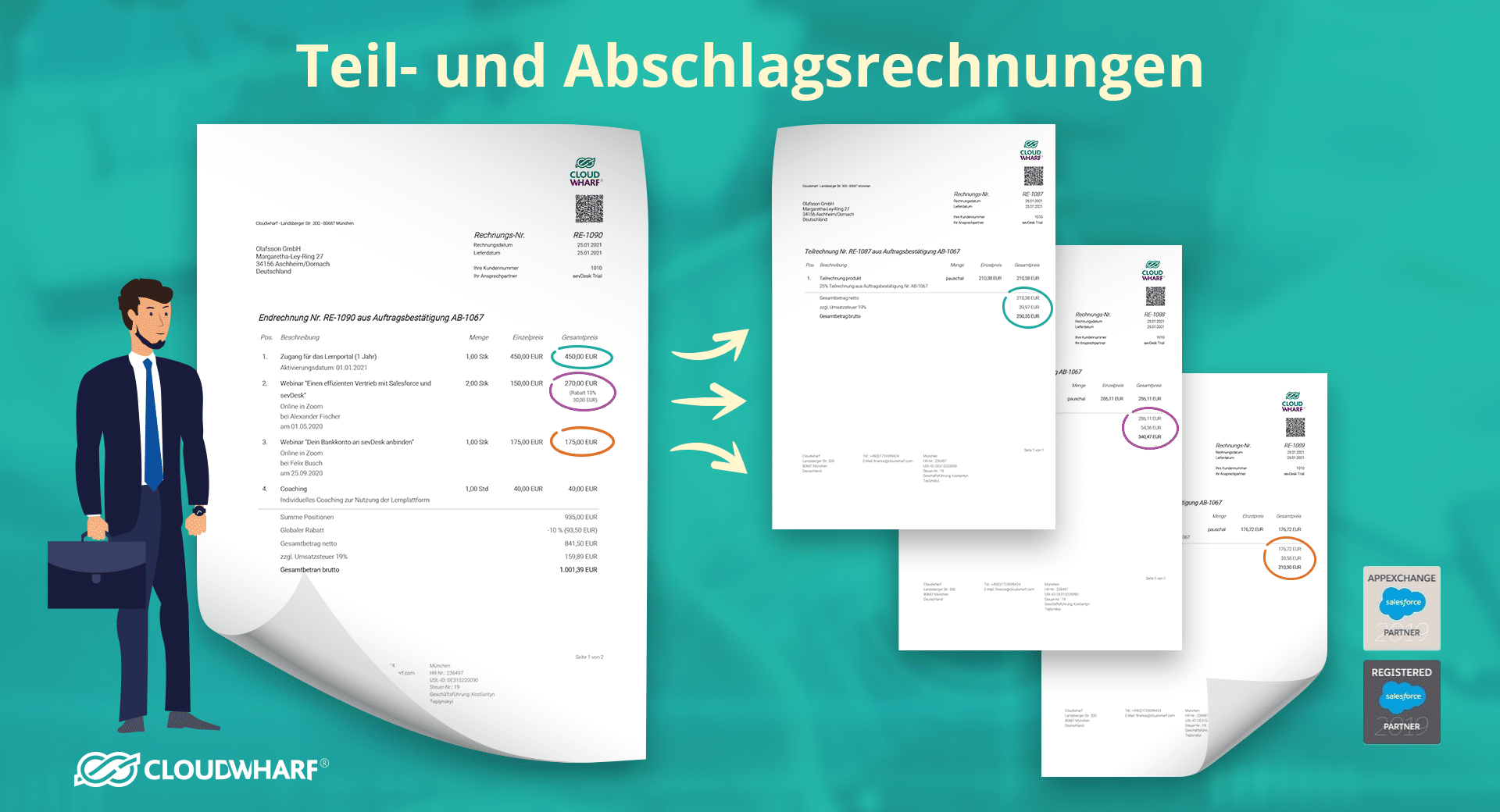 What is an interim invoice?

The interim invoice is the invoice for a partial amount of the order, of which no service has yet been provided. Interim invoices are often used when the value of goods or services is very high and the dispatch extends over a long period of time, such as in the case of a construction service. It can therefore be seen as a down payment. The interim invoice usually represents a percentage amount of the grand total. Such as 20 percent, which must be paid before the goods are delivered or the service is performed. However, an interim invoice can also represent a fixed amount or the cost of individual product lines.

What is a partial invoice?

When do partial invoices make sense? Creating partial invoices makes sense for you and your company if the service is provided over a longer period of time. For example, four devices are delivered to the customer per month until the total order of 24 devices is fulfilled.

What is the difference between an interim invoice and a partial invoice?

What is a final invoice?

How can I easily create interim invoices and partial invoices?

If you’re working with Salesforce, up until now you’ve only been able to issue a total invoice. But because we know that many companies in different industries regularly issue different types of invoices and charge partial amounts, we have developed a great feature in response to customer requests that makes working with Salesforce easier and more efficient. With the new feature you can now create interim invoices and partial invoices directly in Salesforce.

We have tried to make the new feature for partial invoices as uncomplicated as possible – because good usability is crucial to us. Before you can create an invoice, the first step is to create the order confirmation. In addition, partial invoices must first be activated in sevDesk under the settings, otherwise it will not be possible to create them in Salesforce later on.

Create interim, partial and final invoices with just a few clicks in Salesforce.

Partial invoices and interim invoices can be created in three variants with the update: With a percentage amount, a fixed amount or with the selection of specific products.

So now choose whether you want to create a partial invoice or an interim invoice and with which variant you want to set the amount. For example, whether 30 percent, 3,000 euros or product A and B form the total invoice amount.

Select here the different items and quantity that will be charged in the partial invoice.

You can create one interim invoice and several partial invoices for each order. Thanks to the sevDesk for Salesforce integration and the synchronization with your online banking account in sevDesk, you always get an overview of the outstanding invoice amount in Salesforce. If the total amount is due, you simply click on final invoice. A final invoice with the pending amount is now automatically created in Salesforce. In addition to all items, the invoice also lists an overview of all past partial and interim invoices and the remaining amount still to be paid for full transparency and a great overview.

Our sevDesk integration for Salesforce is available on AppExchange  and costs 35 Euro per month and user with annual payment. For slightly larger companies that need more users, we also offer a pricing model of 200 euros per month per company. If you want to set up more than five employee accesses, the per-company pricing model makes sense.

Learn more about sevDesk for Salesforce integration features like quote creation, order entry and invoicing, and automatic credit note creation on our blog and Youtube channel. 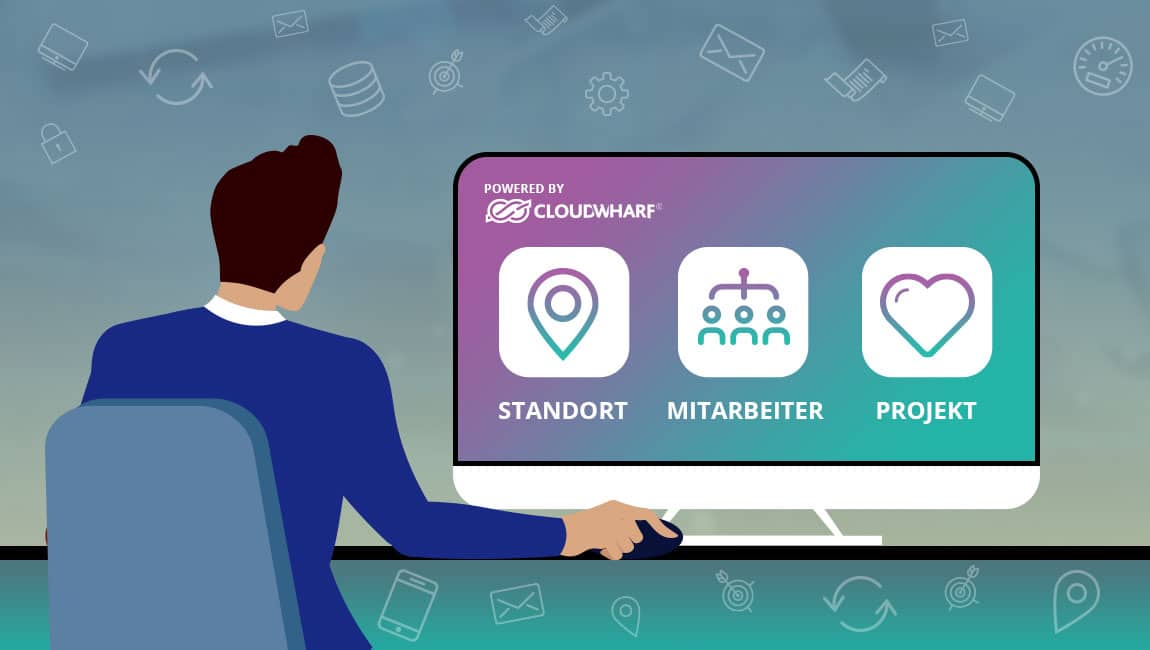 Use-Case: Creating Transparency with an App

How a web application creates customer value for sustainable business models What is it about? This blog post is about ... 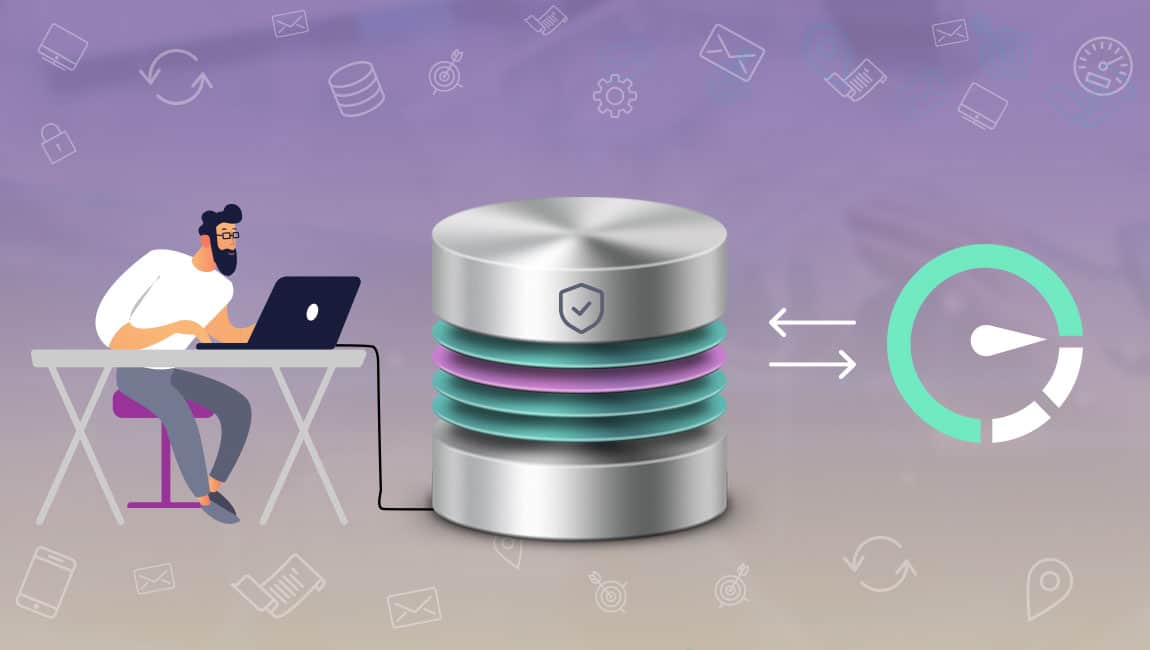 Background information on the software solution Mein Arxonas: How have we built secure and powerful data storage?   Click ... 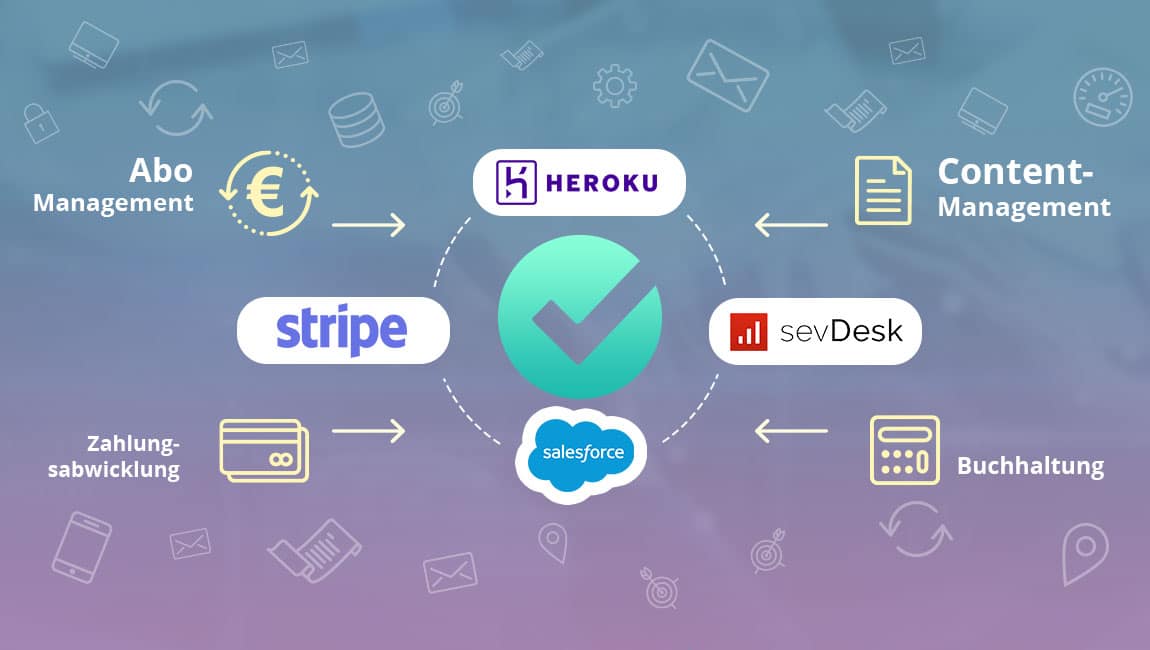 Automated payment processing and accounting in the app

Automate your business with us

We use cookies on our website to give you the most relevant experience by remembering your preferences and repeat visits. By clicking “Accept”, you consent to the use of ALL the cookies. However you may visit Cookie Settings to provide a controlled consent.

The cookies defined under this category are absolutely essential for the website to function. Hence they are loaded by default irrespective of user consent.

Analytics cookies help us understand how our visitors interact with the website. It helps us understand the number of visitors, where the visitors are coming from, and the pages they navigate. The cookies collect this data and are reported anonymously.

Preference cookies are used to store user preferences to provide them with content that is customized accordingly. This includes the language of the website or the location of the visitor.

Advertisement cookies help us provide our visitors with relevant ads and marketing campaigns.